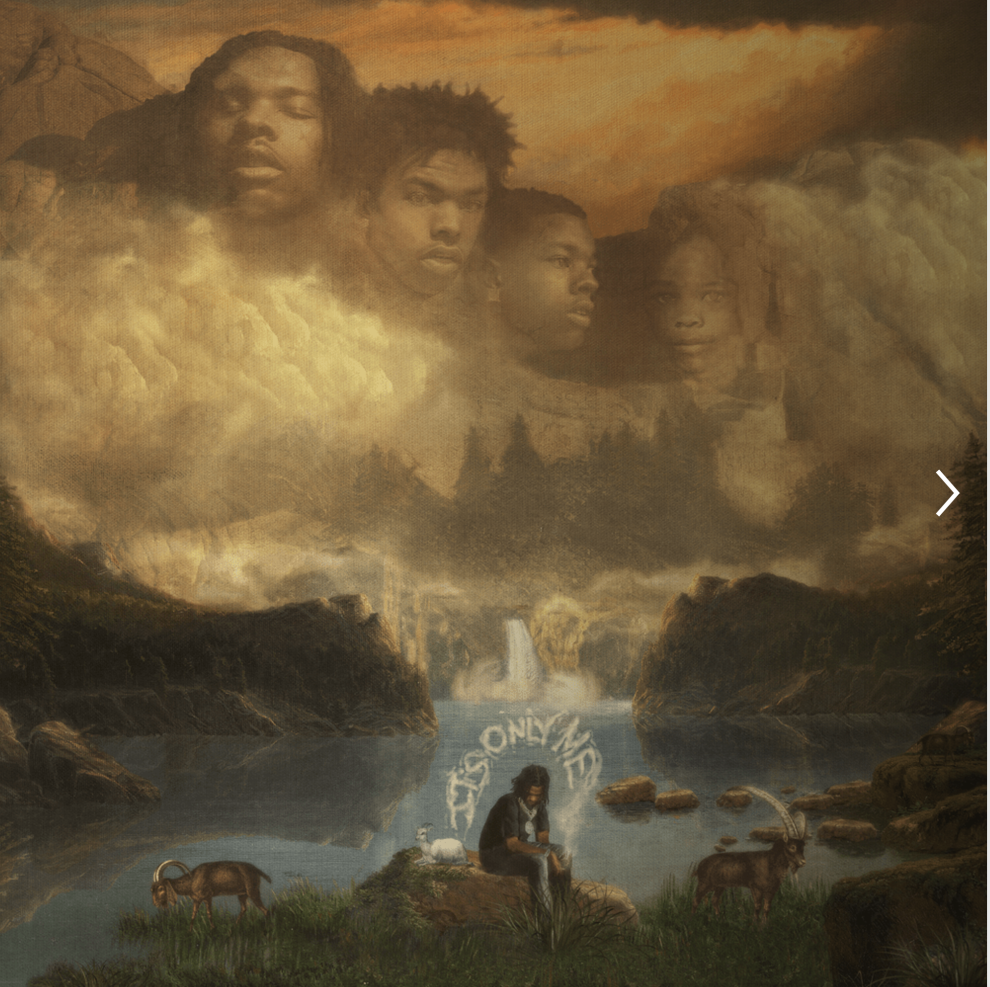 The mid-2010s was undoubtedly a monumental time period for rap. Hip hop artists of the early 21st century walked so the rappers of the 2010s could run. 2015, 2017 and 2018 were some of the most memorable years in rap with artists like Drake, Kendrick and Tyler the Creator gracing us with legendary albums. You can officially add 2022 to the list of remarkable years in hip hop, with over 70 rap albums taking fans by storm. Here is my list of the top 10 albums of 2022.

Honorable Mentions: Here are a few albums—in no particular order—that deserve a listen but just missed sneaking their way into my top 10.

“I Never Liked You” – Future

“Only Built For Infinity Links” – Quavo and Takeoff

In terms of trap music, Lil Baby dominates the competition. He is a lyrical genius, and his flow on “It’s Only Me” is what puts this album over Gunna and Lil Durks. There were plenty of trap albums released this year, but Baby has proved he is too consistent to be trumped. “It’s Only Me” can be repetitive in some areas, and I was hoping for more features since Baby loves working with his fellow Atlanta rappers. Baby hits this project out of the park, but his unwillingness to stretch his limits or rap with others keeps it near the bottom of the list.

Gibbs ditched his comfort zone on this album, experimenting with new beats and working with artists that you wouldn’t imagine fitting his style. Each feature on the album offers something unique, like a trap song with Moneybagg Yo followed up by a lyrical song alongside the legendary Rick Ross. Gibbs’ project was great in the moment, but I’ve felt that the months following the release have proved some of the songs to be forgettable. Still, Gibbs’ versatility on the album and his ability to flow with any artist left me no choice but to throw it in my top 10.

One of the most hyped up albums of the year delivered, while somehow managing to fall short of expectations at the same time. Don’t get me wrong, I loved “Her Loss,” but if you would have told me that I would have had a Drake and 21 Savage collab outside of my top 5 I wouldn’t have believed you. They are a juggernaut duo, so there’s no denying they missed the bullseye on “Her Loss.” Drake raps over 21 throughout the album when 21 is easily the better artist. The Canadian rapper also says some outlandish things that distract you from the quality of the beats and 21’s flow throughout the project. If you can push Drake’s antics to the side, the production and multiple beat switches during the album show why it was one of the best of 2022.

When a new school rapper takes on a vintage hip hop flow things can go south quickly. We’ve seen young artists try to emulate their favorite childhood rappers through their own music and it just doesn’t work. However, Cordae masterfully pulled this old style of rap off with swagger and bliss in “From a Bird’s Eye View.” He sounds comfortable on retro sounding beats, and his breakout album was a perfect way to start the year. Throughout the project I thought I was listening to artists like Nas and Andre 3000, but Cordae mimics the sounds of rap legends to near perfection. He doesn’t completely copy the sounds of old school rappers though, as Cordae ties in his fresh style to deliver a remarkable album near the start of the year.

When making this list I was careful to not let recency bias affect the integrity of it, but Metro’s album that dropped on Dec. 2 is flawless. Regardless of how young this album is, it is brilliant in every way. It is easily the best produced album of the year, and all the credit goes to the mastermind Metro Boomin. There isn’t one beat that stays the same throughout the entire song. Each beat meticulously engineered by Metro changes speed, or acquires a new layer to compliment the different artists that hop on during a track. Travis Scott, 21 Savage, Don Toliver and Future deliver on their end and make the most out of each carefully crafted beat from Metro. The amount of beat switches, Morgan Freeman interludes and mood changes keep you on the edge of your seat while listening.

Known for his aggressive, overbearing style, Curry delivers this album in a far different tone. He sounds vulnerable and reflective over old school, jazzy beats on most of the songs. I’ve never been a huge Denzel fan, but the Florida rapper sounds great on this project. There’s rhythm throughout, and Curry implements his signature style in with a different one I hadn’t previously heard from him. It definitely wasn’t my favorite album of the year, but as a hip hop fan there’s no denying Curry’s genius on this project, and I have to give credit where it’s due.

Don’t let the name and notoriety cause you to jump to crazy conclusions. Kendrick Lamar is a hip hop legend, but the album shouldn’t be in the album of the year debate. It definitely falls short of his past projects, and the projects of his peers from this year. With that being said, this long anticipated album is executed to near perfection. Lamar tells an intricate story that reflects on his past and present life. His lyricism is still top notch, and at the time of the album’s release it definitely set the tone for the rest of the year.

There’s been debate about whether Staples has had a breakout moment yet, but “RAMONA PARK BROKE MY HEART” lays that debate to rest. If you hadn’t thought Staples released a noteworthy album in his young career, this album has to change your mind. He raps in every tone imaginable, from songs reflecting on his gangbanging days in Compton to more somber songs with Lil Baby. There really isn’t a bad song on the project, and if you want “easy to listen to” rap music I’d turn to Staples’ 2022 album.

It was nearly impossible to pick my favorite song on this album. JID outdid himself on “The Forever Story,” and there’s little keeping him from taking the album of the year honors. There are repetitive moments near the end of the album, but that is the lone problem I have. He picks the perfect artists to hop on tracks with him, while also thriving solo on songs like “Sistanem” and “Money.” JID used this album to prove just how much he’s evolved over the years, but also let fans know he’s nowhere near his peak potential. The sky’s the limit for JID, and this brilliant album is living proof of a star in the making.

If you want the lyricism, listen to “2000.” If you want a unique beat on each track, listen to “2000.” If you want reflective storytelling on one song and the hard nosed vibe of a Brooklynn rapper on the next, listen to “2000.” There’s really no situation that doesn’t call for “2000” to be played; it’s the most versatile album of the year. The interludes are personal, and give fans a preview into the life of the legendary New York rapper. He raps about love, the difficulties of street life, and pays homage to the ones he’s lost along the way. Whatever the other artists did well on their albums, Joey does a little better to earn himself the album of the year.