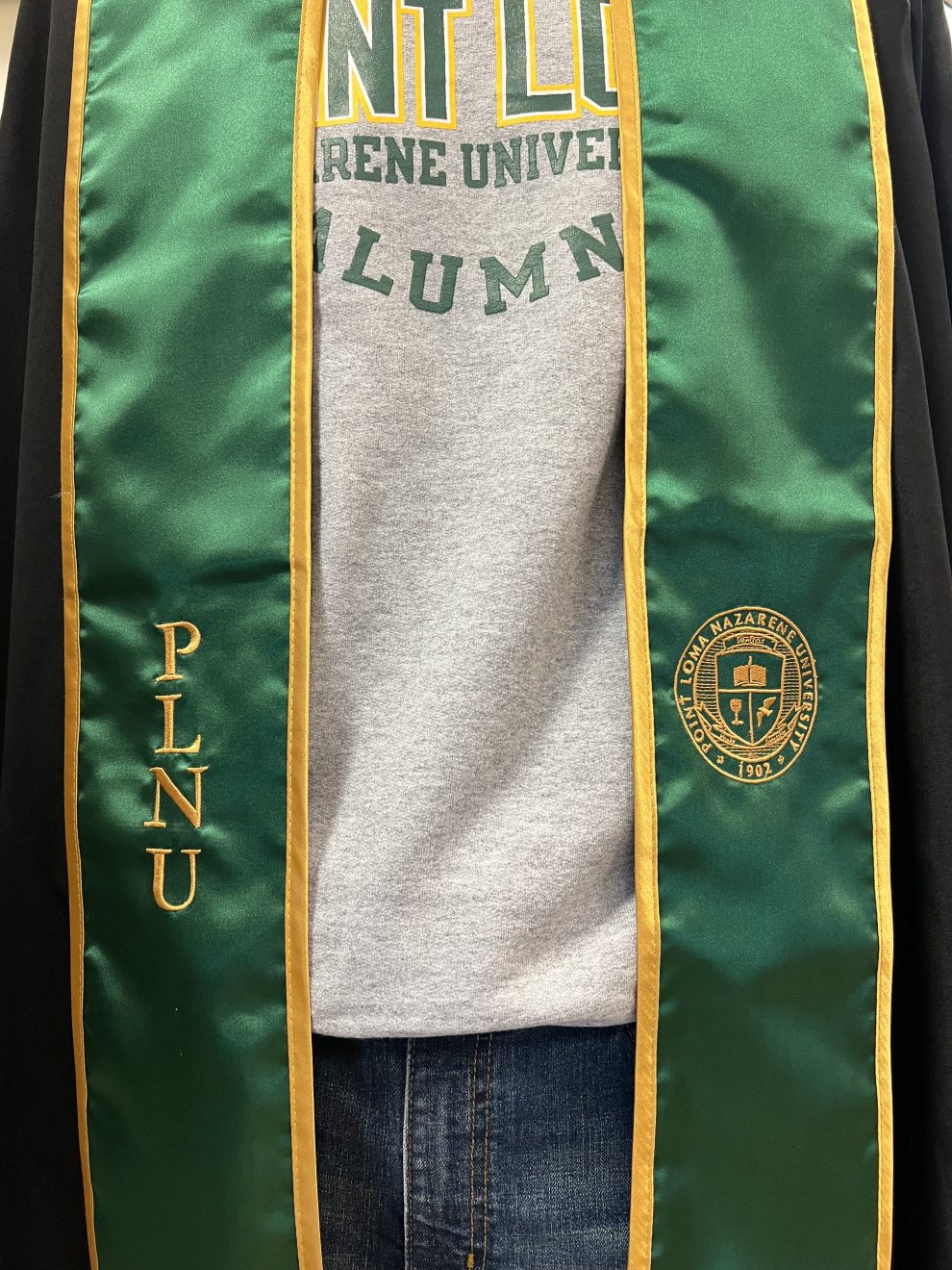 Point Loma Nazarene University Winter Commencement takes place on Dec. 17 at 10 a.m. and although many students graduate in the spring, several students walk the stage in a few weeks.

Sloane Robertson, a fifth-year communication studies student, will be graduating at the Winter Commencement.

“I was supposed to graduate last semester but I had a few more credits to complete,” Robertson said. “I transferred from Vanguard University and many of my credits weren’t accepted.”

She said that even though she’s excited about her graduation, she feels that not many people know about it because students leave campus for winter break.

After graduation, Robertson is planning on getting a job in marketing in Orange County.

“My marketing professor mentioned that graduating in December would get me ahead of the graduating class in the spring with the job competition,”  Robertson said.

Corey Lundeen, a fourth-year kinesiology major, is planning to pursue a career in Major League Soccer after graduating. However, he does not have strong emotions towards the graduation ceremony.

“Graduation is kind of whatever because you are just walking across the stage,” Lundeen said.

He says that he is not nervous about graduating and leaving Point Loma.

“I think there’s a lot of pressure once you graduate that it is time to start making money, but I am ready to leave college,” Lundeen said.

Kincaid Hudson, a fifth-year business management student, said that he is graduating in the winter because of a major change.

“I started as an engineering student and switched to business management. I later added a Spanish minor,” Hudson said. “If I didn’t take this extra semester, I would have to have been taking 20 units a semester.”

Hudson already has a job lined up for after graduation, as he is working in operations for a startup company.

Even though he has been working for this company, he said that he thinks that graduating in December can help students find a job.

To attend commencement, all guests must have a ticket. Each graduating student is provided with ten tickets for friends and family allowing guests access to the Greek Amphitheater.

Guests also may view the commencement ceremony from inside Crill Performance Hall.

Dare to Dream: PLNU Students and Faculty Honor the Legacy of Dr. King
Voting is Still Happening on Campus: Your Guide to ASB Constitution Changes