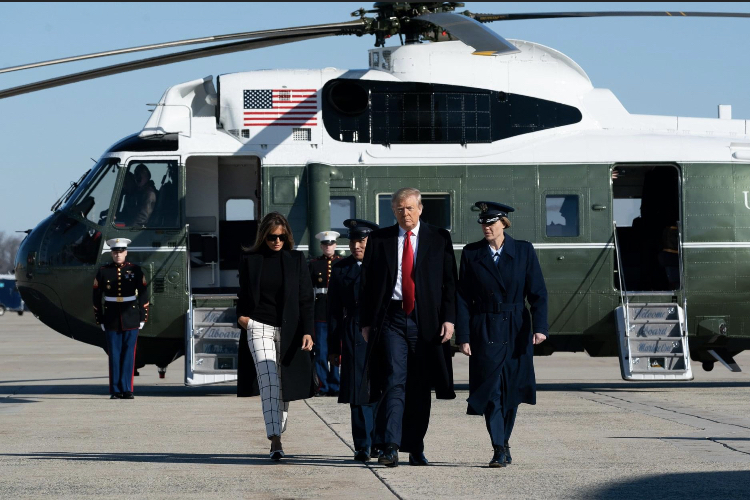 No matter what side of the bipartisan political party system you are on, President Donald Trump’s COVID-19 diagnosis will have major implications on your life. Having the political figurehead of this nation explicitly downplay the astronomical consequences of this virus since the beginning of the pandemic has already cost us so many unnecessary deaths. Then, after receiving treatment from the best doctors money can buy, he tweets saying, “Don’t be afraid of Covid.” This was October 5 at 11:37 a.m. after he was released from the hospital.

At this point, all my worst nightmares were coming true. Just because one old man who has amazing health care from the best hospital (Walter Reed Hospital) was able to survive COVID-19 does not lessen the thousands of Americans who simply could not afford treatment and/or were denied testing for the virus. President Trump has little-to-no platform for affordable healthcare, as he is essentially working with higher-income Americans with no regard to minorities with disabilities, POC, LGBTQ+, etc in mind. Since Trump has been so adamant about dismantling “medicare for all,” especially for those with pre-existing health conditions, what is to say he will change his mind now that there is a global pandemic?

Trump is currently pushing for the Affordable Care Act (ACA) to be deemed “unconstitutional” and is in the process of dismantling former President Obama’s work on health care for all. According to an article from the Washington Post, if ACA is ruled unconstitutional, it could leave many Americans with no health care, especially those with pre-existing health conditions, which we now know are the main people vulnerable to the virus. When Trump says not to be afraid of COVID-19, he is talking to those who have money, can afford health care and have no underlying health issues. According to the CDC, 6 out of 10 Americans have a chronic disease. That is more than half of all Americans. As of October 9, 2020, deaths due to the coronavirus in the U.S. are at 200,499.

The implications are clear: America has a long way to go before we can leave our houses without masks again. Now that Trump’s followers have “less reason” to believe that COVID-19 is a real threat, merely because the President has thus far survived the virus, makes our path to recovery much longer. Unfortunately, the havoc will mostly affect people groups who Trump has no interest in protecting.

According to the CDC, “There is increasing evidence that some racial and ethnic minority groups are being disproportionately affected by COVID-19. Inequities in the social determinants of health, such as poverty and healthcare access, affecting these groups are interrelated and influence a wide range of health and quality-of-life outcomes and risks.”

The paradox is crippling. This is a scary world to live in and it is about to get worse now that the president of the U.S. is spreading propaganda about a deadly virus that has weakened the world and stolen many lives.

In my opinion, Trump’s followers are like a cult. These tweets have great power over their lives. I see many of Trump’s voter population leaning toward him in the upcoming election because he supports less legislation and fewer guidelines for stopping the spread of this virus. However, we can be part of the solution and choose to wear a mask to support those whose lives are in danger. Just because one person survived doesn’t means the rest of us will be okay. All that to say, please vote in this upcoming election.