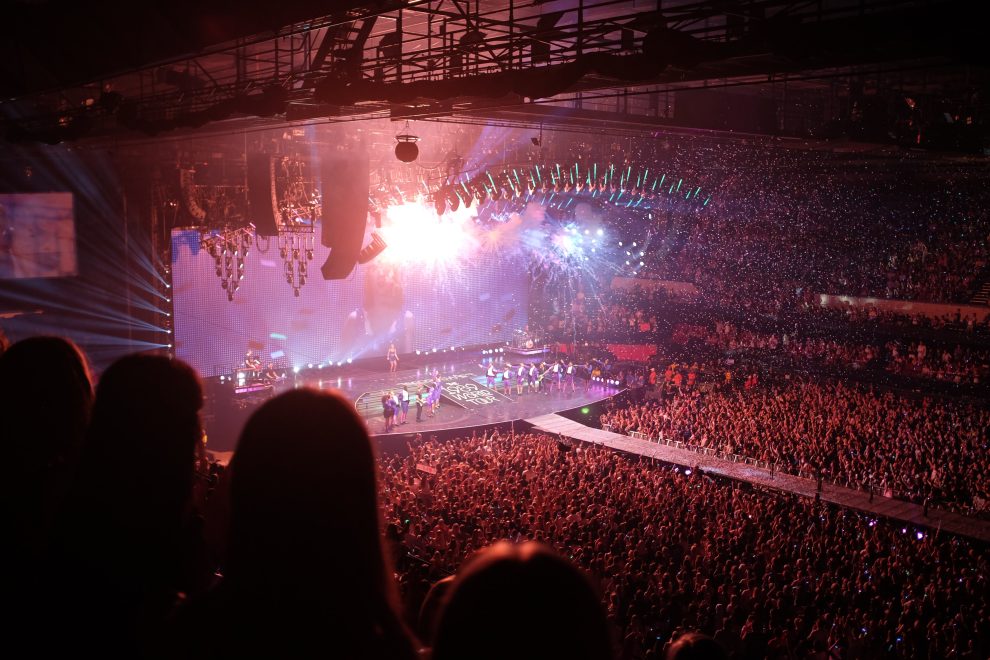 Taylor Swift has shaken up the entire country. Swift announced her Eras Tour in the beginning of November and planned ticket sales to start on Tuesday, Nov. 25 and sold them through ticket retailer site, Ticketmaster.

The Eras Tour had already brought great excitement to her American fans, even though the shows won’t begin until March 2023. Fans were asked in the beginning of November to register for the presale through a sign up provided through Ticketmaster. Once signed up, fans would be picked to get a presale code by random selection. Once obtaining a presale code, fans were given the opportunity to participate in a ticket purchasing experience before tickets go on sale to the general public. If a fan didn’t get a presale code they were given another chance if they owned a Capital One card, by using the first six digits of their card as a code for presale. If neither presales allowed for fans to get tickets, the general sale was set to take place at the end of presale, allowing for anyone to purchase tickets.

Before the sale, Ticketmaster released multiple statements regarding what fans should expect and how they should prepare for the sale.

On Nov. 15 at 10:00 a.m, the official start time for the ticket presale, the website began crashing and freezing. Error messages popped up saying that there was an internal server error, not allowing fans to continue in the ticket purchasing process. Fans were tweeting and posting on TikTok, sharing their frustrations with being unable to buy tickets. About 30 minutes into the presale, Ticketmaster made a series of statements regarding the way in which tickets will be sold.

Ticketmaster stated, “There has been historically unprecedented demand with millions showing up to buy tickets for the TaylorSwiftTix Presale.”

This statement caused major controversy over whether or not Ticketmaster was prepared for such a high demand ticket sale. Fans responded to this statement questioning why Ticketmaster gave out so many presale codes, yet were surprised by the high demand during the presale. Ticketmaster also rescheduled the West Coast Presale and the Capitol One Presale in order to prevent the site from crashing. Many fans were able to get tickets, but not all, resulting in heartbreak and disappointment for numerous Swift fans.

Many “fans” who did get access to buying tickets were bots whose purpose was to resell tickets. Ticketmaster allows fans who have gotten tickets to resell them on their site. This led to chaos. Tickets are still being resold on Ticketmaster for up to $45,000. The original prices for tickets didn’t extend over $500 according to a message sent out to fans from Ticketmaster and Taylor Swift prior to sales beginning.

On Nov. 17, two days after the presale started and one day before the general sale for tickets began, Ticketmaster tweeted, “Due to extraordinary high demands on ticketing systems and insufficient remaining ticket inventory to meet that demand, tomorrow’s public on sale for Taylor Swift The Era’s Tour has been canceled.”

On Nov. 18, Swift made a response on her instagram story addressing the madness and apologizing to her fans: “There are a multitude of reasons why people had such a hard time trying to get tickets…I’m not going to make excuses for anyone because we asked them, multiple times, if they could handle this type of demand…It’s truly amazing that 2.4 million people got tickets, but it really pisses me off that a lot of them feel like they went through several bear attacks to get them.”

As for Ticketmaster, they released a statement documenting their apologies and what exactly went wrong with the presale process. They ended their statement explaining that, “Even when a high demand onsale goes flawlessly from a tech perspective, many fans are left empty handed. For example: based on the volume of traffic to our site, Taylor would need to perform 900 stadium shows (almost 20x the number of shows she is doing)… that’s a stadium show every single day for the next 2.5 years. While it’s impossible for everyone to get tickets to these shows, we know we can do more to improve the experience and that’s what we’re focused on.”

Ticketmaster and Taylor Swift have yet to release more dates or tickets for fans to buy.  But an investigation is taking place on Ticketmaster parent Live Nation by the Department of Justice. This investigation will focus on if Live Nation is abusing its market dominance in the ticket sale industry. Ticketmaster has been sued for predatory and exclusionary conduct and fans of Taylor Swift are also suing in response to the ticket fiasco. Fans are suing for “fraud, price-fixing, and antitrust violations.” Apologies to fans have been made and now all there is to do is wait for more shows.

San Diego Gets Slammed with West Storm Swells
Voting is Still Happening on Campus: Your Guide to ASB Constitution Changes