Why is Everyone Getting Married?

Okay, okay. Slow down just a bit there. From this question I’m going to take a wild guess and say that you’re probably a senior and you’re probably single. Well, you might not be single, but you’re definitely a senior.

It’s that time of year where a lot of things are changing in the lives of senior college students. Graduation is just around the corner, internships are commencing, entry level job applications are frantically being filled out, nepotism is in full swing, and yes, people are getting married.

I can name five people right now who are my age and either engaged, soon to be engaged, or already married. What’s with that? Why would someone get married before they graduate? Why does it seem like every single person around you is about to get married? Why have all my friends found their soulmates while I’m still watching Dirty Dancing and crying over a gallon of Chunky Monkey.

I will answer these questions in time, but first let me speak on the concept of marriage here at Point Loma Nazarene University. PLNU was founded in the Nazarene tradition and follows Nazarene doctrine. Now if you don’t know what that doctrine is, you’re going to need to google it because we’re in the same boat.

I’ve been here for four years, and all I know about PLNU’s doctrine is that I can’t smoke, drink, or have sex. These factors have become a great hindrance for my budding Rock’n’Roll career. If I can’t do drugs, drink alcohol, or have sex, how do they expect me to become a famous rocker? Actually play music? No chance.

Rock’n’Roll aspirations aside, because of this Nazarene tradition, it has been common in the past for students to get married towards the end of their academic careers. The past I’m referring to is one where newly married couples were actually able to afford a house out of school. I’m looking at you professors and alums who remember hearing about Watergate on your family’s new technicolor TV.

Getting married as a junior or senior was so common that certain sections of the Flex aparaptements were inhabited by these newly married couples. Yes, some faculty lived in Flex, but a good amount of newlywed students did too.

Yes, yes, yes. I see the metaphorical wheels turning those heads of yours. Those happily betrothed couples were able to reap all the benefits that come along with marriage: a joint bank account, splitting the chores, couples’ game nights, and sexual intercourse! Because these couples were married, they were well within the student living guidelines considering the whole no sex thing. Go figure.

Now don’t you run and get engaged with that hubby in your psych small group just so you two can fool around. Marriage is a serious, expensive, and immense endeavor that requires ample amounts of patience, trust, and communication. Hmmm, I think I might have just found my topic for next week. 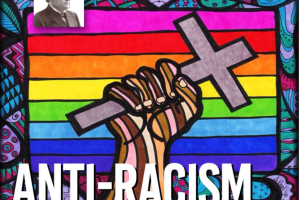 The Bresee Collective: On Anti-Racism 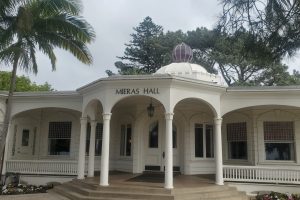 Why I’m thinking about retirement at 19 years old…

Why I’m thinking about retirement at 19 years old…

The Bresee Collective: On Anti-Racism