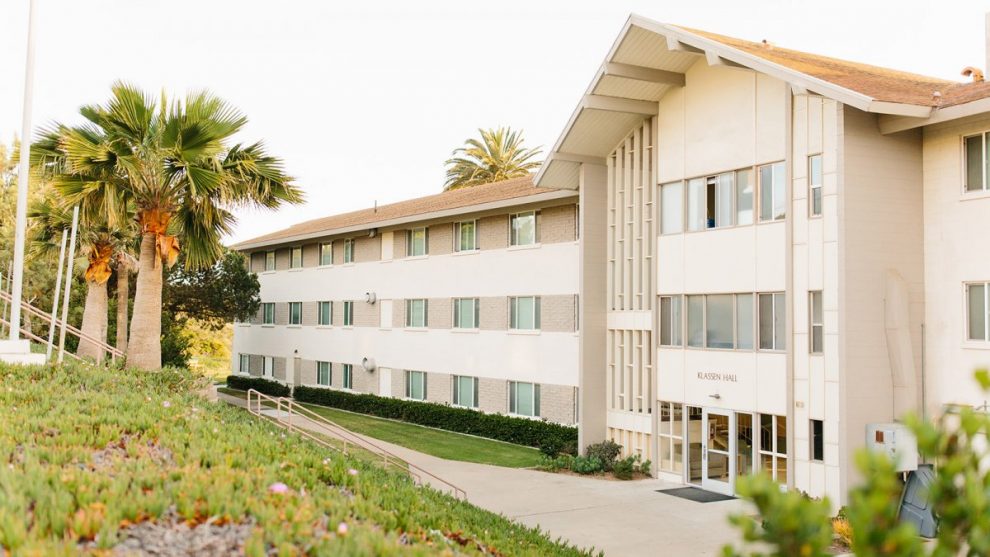 PLNU campus emptied out quickly after the March 19 stay at home order. According to Marissa Neptune, a sophmore, campus is down to 63 students. These students have all been moved to Flex apartments with two people per apartment to help maintain social distancing.

Other areas of campus have also changed to try to minimize the spread of the disease. The cafeteria recommends you take your food as carryout and promotes social distancing by putting one chair per table at the cafeteria.

Neptune said the transition to online school hasn’t been too difficult, but it has been a bit sad as she enjoys being in-person with her teachers and classmates. In her new found spare time, Neptune is crafting a new routine and tackling school assignments. Lately Neptune has been focusing on making Youtube videos, learning guitar, Facetiming friends and family, spending more time with God and healing her body.

With her family being in Brazil, Neptune tries to stay connected using facetime and calling her friends and family.

“It’s difficult being away from home, basically 6000 miles away from my home in Brazil,” she said.

For Gabrielle DeBenedetto, sophomore, life during the quarantine has been quite different. Brought home to Arizona from Costa Rica early from her study abroad trip, DeBenedetto found that the transition “took a lot of getting used to in the beginning.”

One issue that she’s faced was her sleep schedule. However, eventually DeBenedetto found that “it was nice to settle in and spend time with family.”

Because DeBenedetto was studying abroad before coming home, she had to begin her home quarantine by finishing the exams and papers from her program. This kept her busy for a while, but now DeBenedetto doesn’t have to worry about school because her study abroad classes can’t be done online. They did their best to finish up the program and now DeBenedetto has a long break before the fall semester.

To stay busy at home, she’s said she loves going outside. She loves running and hiking which have been her go-to lately. She also tries to stay busy by cooking and baking. Another thing she’s been working on a lot is reading and writing. Lately DeBenedetto has used her spare time to catch up on reading books she hasn’t had the chance to get to yet.