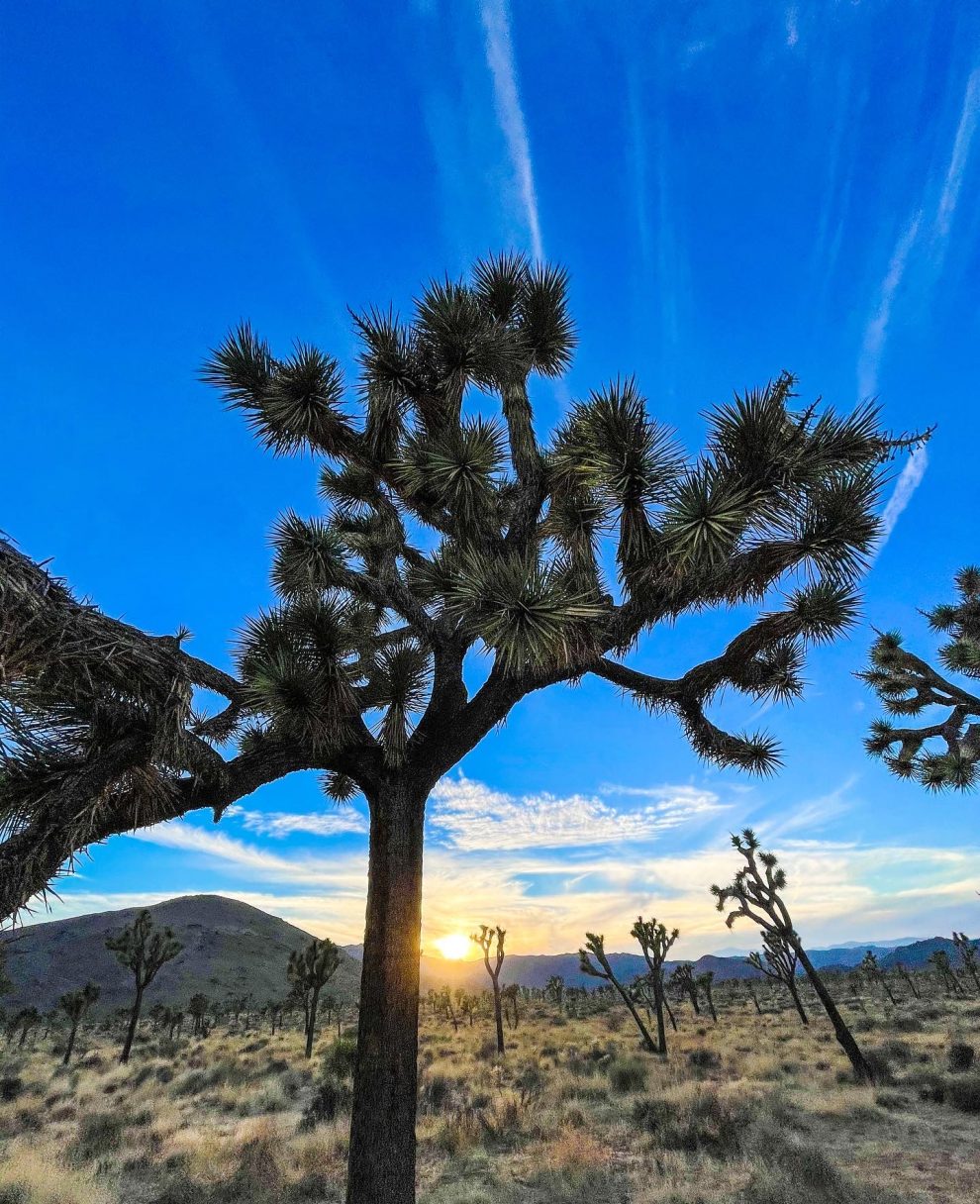 I started to climb up slowly, gripping one giant rock at a time with my small hands while using my leg strength for greater support. I looked up to the pile of grey-white rocks stacked against one another in a variety of positions as if they were carefully placed there for an art exhibit and began to think about how high up I was willing to go.

“Please go barefoot,” my younger sister Jasmine advised as she watched. “I once helped a guy out here in the park who fell 20 feet while climbing,” she said.

I stared down at my black running shoes and decided to keep them on. Going barefoot on these rough granite rocks just doesn’t seem comfortable to me.

Joshua Tree National Park is named by National Geographic as “one of America’s rock climbing meccas” and has an annual average visitor rate of 2.8 million.

The park offers hiking trails, nature walks and much more. Located in the town of Twentynine Palms, it’s a two-three hour drive away from San Diego. Two distinct desert ecosystems, the Mojave and the Colorado, come together in this park. The National Park Service’s website said the trees are an important part of the Mojave Desert ecosystem, providing habitat for numerous birds, mammals, insects and lizards.

One slow movement at a time, I continued higher up the rock. The next step I needed to take was a little risky considering my short legs.

“I don’t know if I can make this next move,” I said wearily to Jasmine.

“That’s okay broski, only do what you’re comfortable with,” she said.

I was in Joshua Tree National Park this Halloween weekend for the second year in a row, visiting my sister Jasmine who lives in Palm Springs. The next morning she was leaving for a job in North Dakota for a month and this was our last chance to spend time together.

As per her request, she wanted to spend her last evening in town at the park — a true desert gal.

What is a Joshua Tree though? The scientific name of this spiky, twisty tree is Yucca Brevifolia, and is a member of the Agave family.

The National Park Service’s website said, “The Joshua tree provides a good indicator that you are in the Mojave Desert, but you may also find it growing next to a saguaro cactus in the Sonoran Desert in western Arizona or mixed with pines in the San Bernardino Mountains.”

Where did the name come from? The park’s website said that in the mid-19th century, Mormon immigrants traveled across the Colorado River. Legend has it that these immigrants named the tree after the biblical figure, Joshua, “seeing the limbs of the tree as outstretched in supplication, guiding the travelers westward.” This legend isn’t upheld by historical records.

According to the website, some evidence suggests that the biblical figure Joshua and the Joshua Trees are symbolic of the Mormon conquest of the desert. “Instead of the branches resembling outstretched arms in prayer, perhaps the tree’s sharp, blade-like leaves brought to mind the arrayed forces of Joshua’s army.”

I took a break from climbing, picked out a flat rock and plopped down to rest for a moment. I smelled the unfamiliar dry clean air, and stared out into the desert landscape in front of me. For as long as I could see, Joshua Trees filled my view.

I listened carefully. Silence. There were no freeways, cars or people around chatting. There was only me, the rocks and the Joshua Trees.

I pondered the concept of sitting in silence before God. It’s not something I do often. I have so many requests, anxieties and questions that I present to him almost daily. But on that Saturday evening before Halloween, I sat quietly and listened.

PLNU’s Lomaoutside club is going camping in Joshua Tree on Nov. 13 and 14. To attend or to find more information, check out Lomaoutside.com.

Stupid Cupid Talks Retention of Disposition
When I Found Treasure