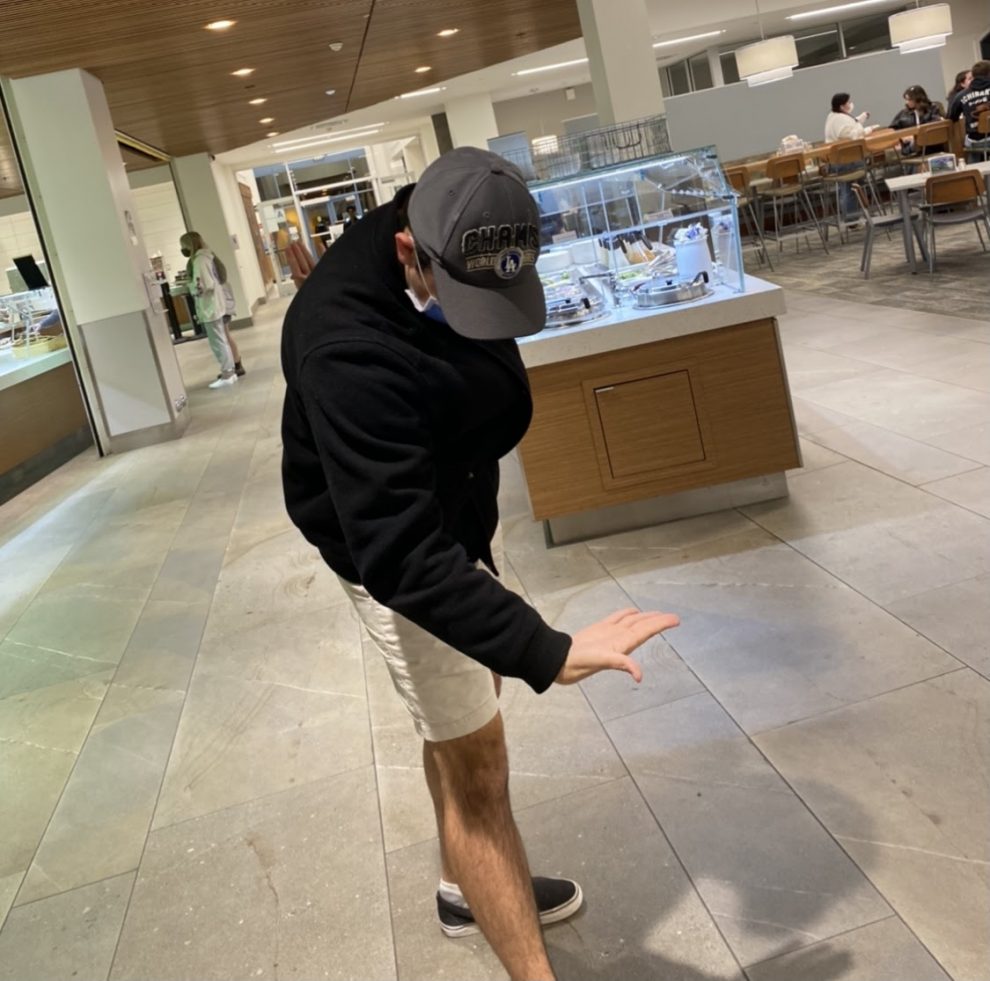 Students and faculty who have stepped foot inside Point Loma Nazarene University’s cafeteria are likely familiar with the tradition of clapping when anyone drops dishes or utensils. As soon as the dishes hit the floor, their clattering is drowned out by the sound of applause.

But how do students and faculty feel about this ritual? Emily Jamal, first year dietetics major, finds it humorous when somebody drops something and everyone claps. However, she does not like the tradition of clapping when it is she who drops the dishes.

Having dropped a dish once herself, she tried playing it off after being faced with the ritual applause. “I just smiled and picked it up and thought, ‘I hope everyone forgets about that,’” she said.

Jamal does not understand the purpose of clapping when something is dropped.

“I just think there’s no reason for it,” she said.

Cafeteria staff have their own thoughts about the cafeteria clapping. When Teena Bowman began working in the cafeteria in 2017, the tradition of clapping had already begun. She became familiar with it right from the get go of starting her job when she dropped a tray full of six stacks of cups by the drink station.

“Mind you, it was only my second day, so I didn’t know why they were clapping,” she said. She laughed, saying that although she was confused by the applause at first, she now enjoys the tradition because it is a simple way to make people smile during their meal.

“It’s a good feeling once you know why they are clapping,” she said.

To Bowman, the tradition of clapping is a good way to make students who accidentally drop something feel better if they unintentionally break a dish.

“We can always buy more plates,” Bowman said. “Clapping is harmless, and helps them know they didn’t do anything wrong.”

Other students also find joy and amusement in the cafeteria clapping. Daniel Granger, third year cross disciplinary studies major, told the story of when he purposely dropped a cup in the cafeteria after a hard day so he could receive applause.

“Basically, I always knew you got applause, but I thought you had to break something,” said Granger.

He was in the cafeteria with his friend who told him the truth of the situation; you do not have to break something in order to receive applause, all you have to do is drop something. This led Granger to question, “What’s stopping someone from dropping a cup and getting some applause?”

So, Granger stood up, and pretended to accidentally drop a cup, giving a graceful bow when the cafeteria responded with the usual applause. Granger acknowledged that it may have been a bit selfish to have wanted the attention, but he said he only did it once, and the clapping made him feel better and put a smile on his face after having a bad day.

As the tradition of clapping after dropping something in the cafeteria is funny, Granger also sees it as something that brings the student body together.

“Not many big universities can have something like this, but at a small school like Loma we all know each other in the Caf. It’s a community.”