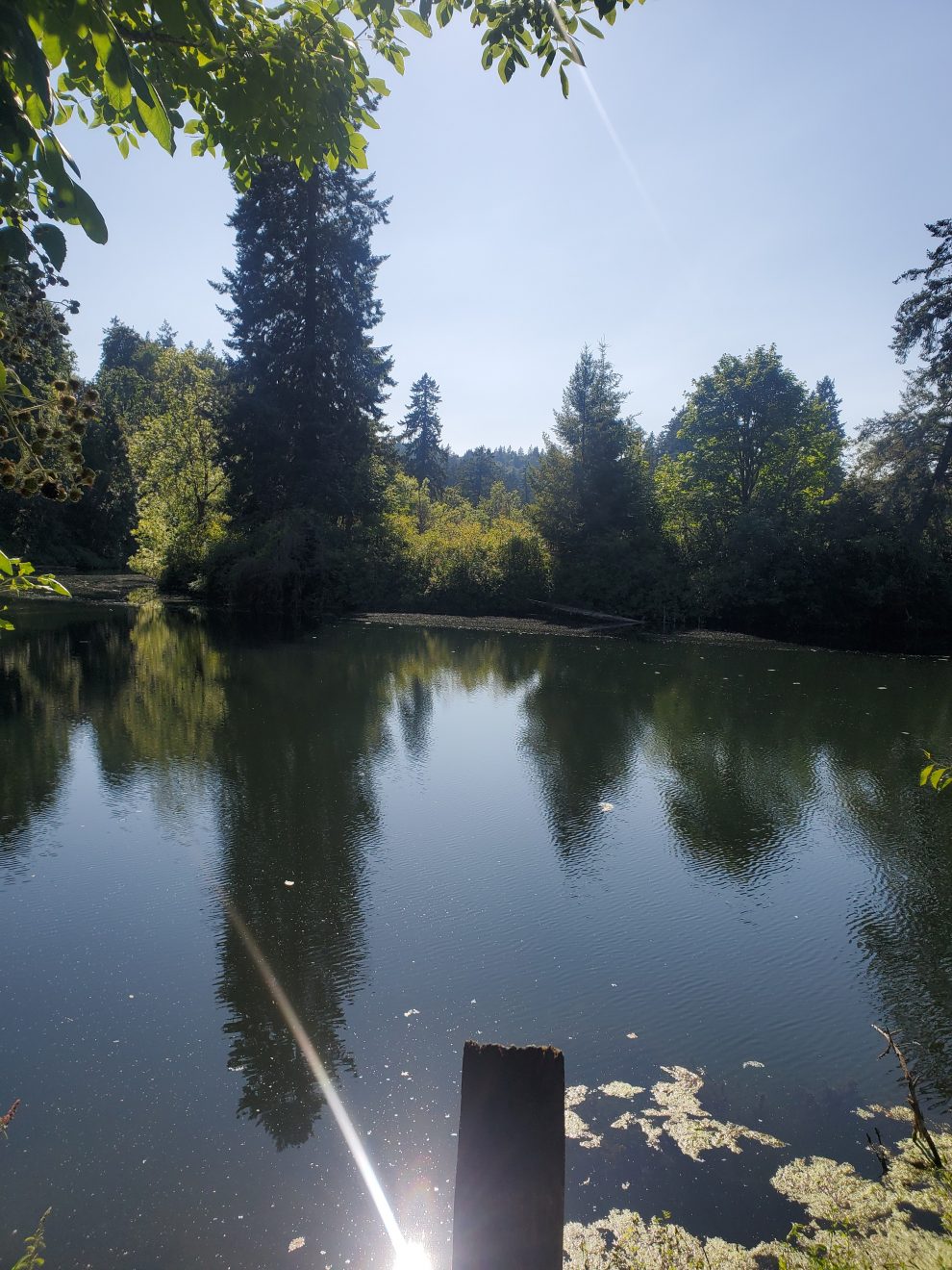 Oregon is a place that, much like the trees, is rooted. Rooted in nature, rooted in the past, for better and for worse.

About 10 miles South of Portland Oregon lies the small town of West Linn. Jacob Groh, college student studying engineering, has spent his whole life here and his passion for his home shows. West Linn’s historical significance is tied with its close proximity to the Willamette River which marks the end of the Oregon Trail, but its significance to Groh is much more nuanced.

A tour of West Linn was more than just places, but memories attached to each. Even for the places without memories, there was a knowledge of each that comes from someone who is deeply invested in his hometown. Every tree was accounted for.

“They’re clearing out those trees to expand the bleachers,” Groh said, pointing to the high school he hasn’t attended in several years.

It’s impossible to escape the green of Oregon. Even when entering Portland, the biggest city in the state, it often feels like a city was built around nature. Alleyways are small forests, neighborhoods have trees that tower over houses. Ladd’s Circle roundabout has a small park on the roundabout encased by shrubbery that brings a certain peace when sitting on the benches and not the expected panic from being constantly circled by cars.

Paul Werth, a self described “vagabond type fellow” who has lived in and passed through Portland several times over the past few years, described a certain type of “society reality” that Portland, and Oregon as a whole brings about.

Portland is currently in the process of uprooting some undesirable parts of its culture, but it will take some digging.

Portland has had a history of redlining and some gentrification, Groh explained. African Americans who sought to buy houses in the Portland area were pushed further and further North due to redlining – where someone seeking a loan would be denied due to race or socioeconomic status – to the city of Vanport. In 1948, the city was unexpectedly flooded and completely destroyed, displacing its many residents. After the historical city, representing racism and gentrification, was destroyed, a raceway and golf course was constructed.

“I think there’s more of a history of Vanport between when it flooded and now, but [the planners said], ‘Let’s take this poor city that flooded and build a golf club.’ It seems weird,” Groh said.

Despite the attempts to shun those suffering from poverty, this part of Portland’s population remains more present than ever and refuses to be overlooked. As I entered the city, I was greeted by tents set up for the resident to spend more than just a night or two, in contrast to the more mobile set up I’ve seen in cities like San Diego.

A portion of the homeless community had stationed themselves outside of the Portland City Hall around the fenced off parks that had been vandalized during the protests. E-Z Ups, small shacks, and tents served two purposes: to provide shelter and to be seen. These people are fighting for a change against a system that’s been working against them since the early 1900s in Vanport.

Keeping their heads down and plodding along did nothing: Vanport, the last place for somewhat affordable housing near the city, was destroyed.

Breaking things and making noise did nothing: as seen from the protests last year.

Now they sit together in silence.

One young man with dark curly hair sitting in a camping chair, refused an interview saying, “We’re pretty private around here and like to keep to ourselves.”

Oregon shows both the beauty and foulness that comes with being rooted. Your heart will be warmed by how much of a priority nature is then break moments later for the oppressed, I know mine did. As social norms are challenged you will continue to feel the tension and see the side of Portland that it has tried to bury for years; removing a deeply established root always kicks up some dirt.

When I Found Treasure
A Melting Glacier